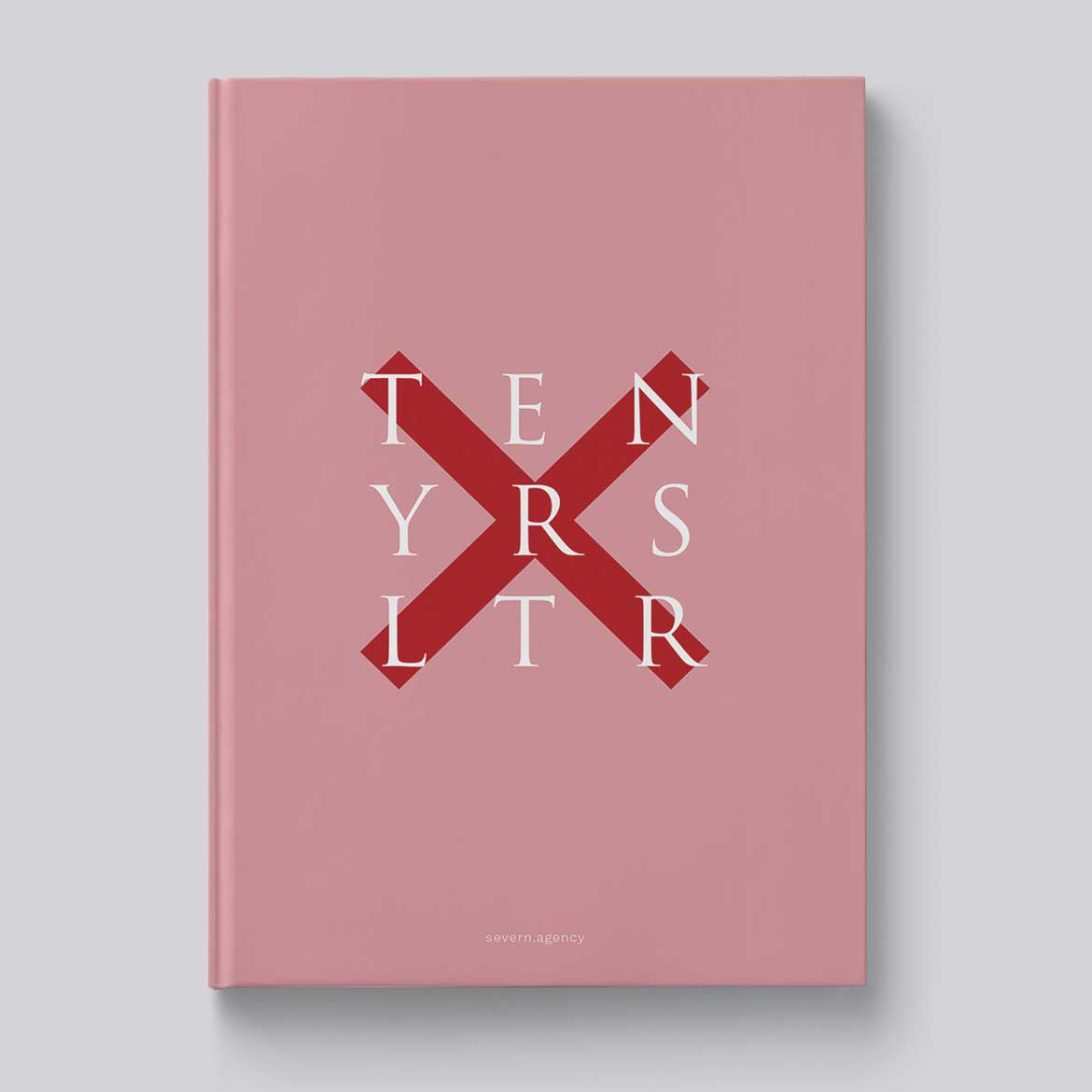 There are a lot of industries, the creative ones especially, where it can be difficult to find effective ways to showcase and market our work. And with such an emphasis on mediums such as social media and online portfolios, it can be hard to get ourselves noticed. So how can we, as creative designers, rise above all the online noise and showcase our work in the most effective way? The answer could be to self-publish a book, and here’s my story of how I did just that.

Sometimes, the only way to move forward is to draw a line and start again. I realised this after spending ten years at my old agency, where I’d become stagnant, waiting for things to happen that never would. Over time, my joy for what I was doing had diminished, and we were just…coasting. Something needed to change. And so, I decided to start again with the Severn Agency.

I wanted things to be different – I knew I didn’t want to rely on placing a few case studies on my website and hoping to be found. I had the idea of having some of my work printed. And with that thought in my mind, I started looking back at some of the work I’d done over the past ten years, trying to find elements that I’d still be happy to show. I poured over the smallest details of my designs, and what attracted me to them; what drew my eye and still captivated me.

That became my inspiration for the book, TENYRSLTR. It’s more than just a showcase of my work. It tells my story, captures the hard work I put in over those ten years to get me to where I am now. It serves as a reminder of the path I have taken. It’s something very personal.

What self-publishing my book taught me

When I was compiling my book, I wasn’t really sure about the end goal. In my mind, it was in part a therapeutic exercise for myself, in part portfolio to gain interest in my new studio. Everything beyond that felt a bit vague. It wasn’t until I got feedback from someone who I’d admired for many years that I began to rethink that, and everything became clearer.
The feedback came from one of the partners at the prestigious Pentagram agency, which is renowned as the largest independently owned design studios in the world. In it, he asked where he could buy a copy, which made me think; perhaps this book could have a life beyond being a promotional piece. Maybe there was another market for it.

By looking back over my career so far; by reflecting over how my new studio had come to be, I had now regained the motivation I needed to move forward. Looking back can be a great incentive.
If I’d have taken the easy, more predictable route, by just creating my portfolio online, how would I have differentiated myself from those other creative studios? In truth, it would have been a whole lot harder, and would have taken much, much longer to achieve. I prefer to think about things a bit differently – you never know where it might lead.

As much as we need to rely on online media, I think we’ve neglected to consider more traditional methods of promoting ourselves. We’ve got lost in digital. And the process of self-publishing has taught me that it’s still a very relevant media. Perhaps there’s a new hunger for this more lasting, material concept; something you can physically hold and touch and come back to time and time again. There’s been a huge upsurge in things like vinyl music recently – same thing. Digital media is great, but it’s also fleeting and feels kind of temporary. Having something you can keep, and can own, has huge benefits. It’s something you can show to people and be proud of. Despite what some people have said, print is not, and never will be, dead.